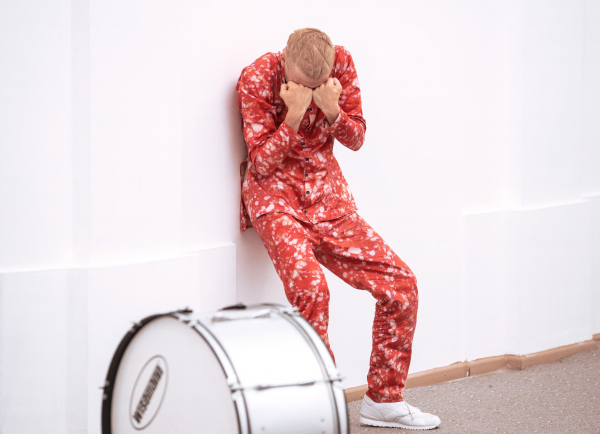 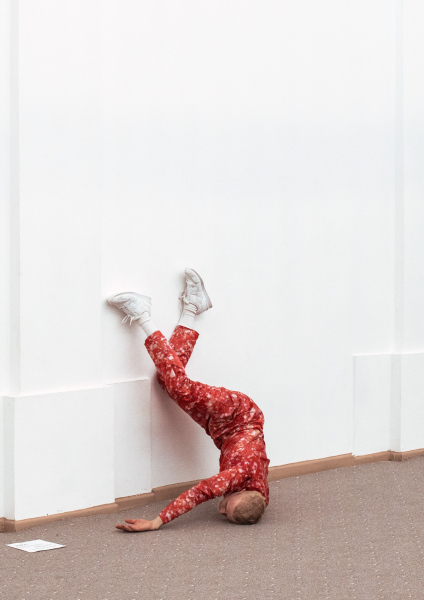 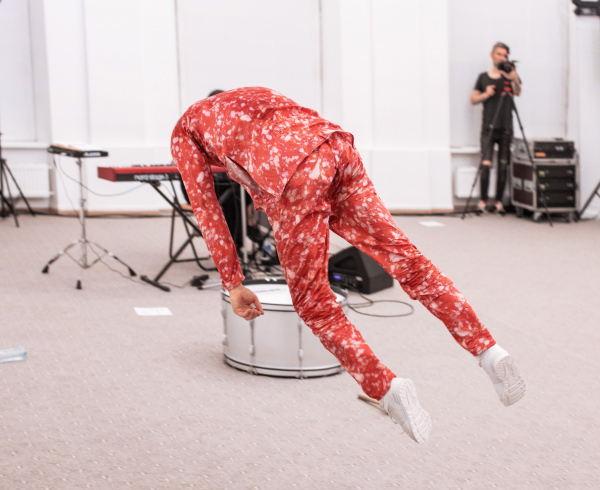 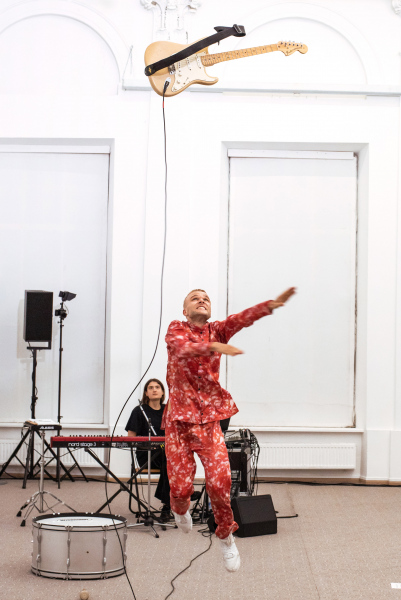 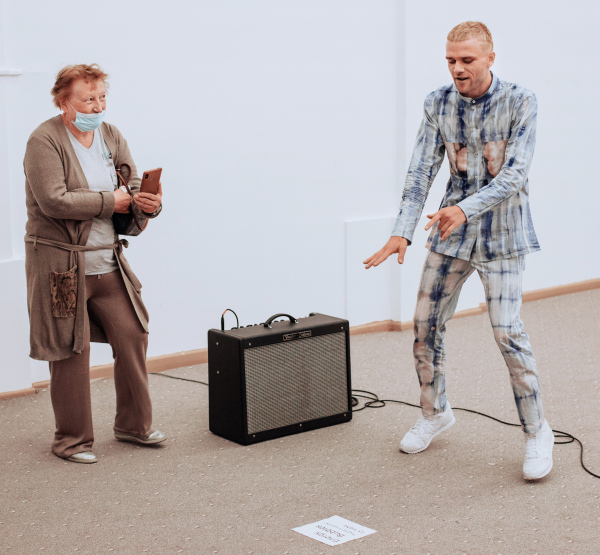 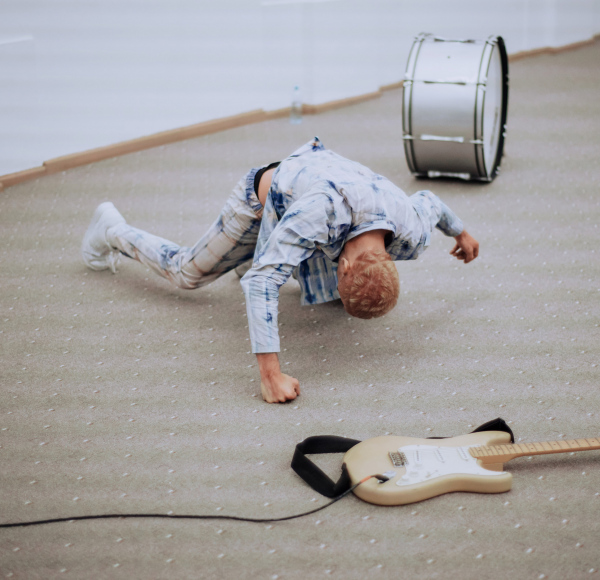 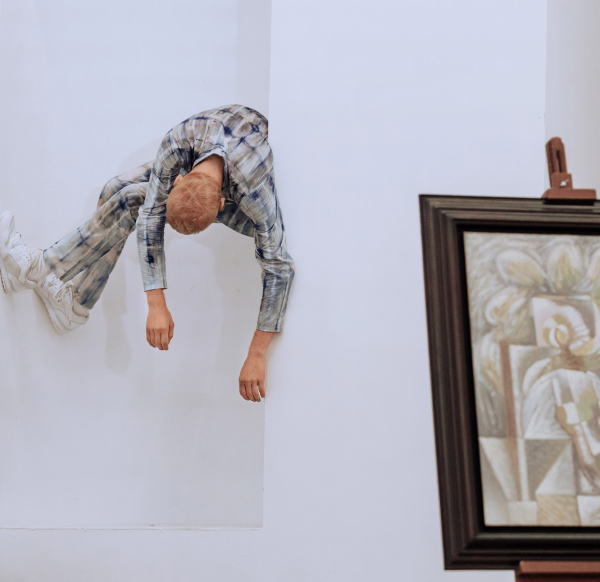 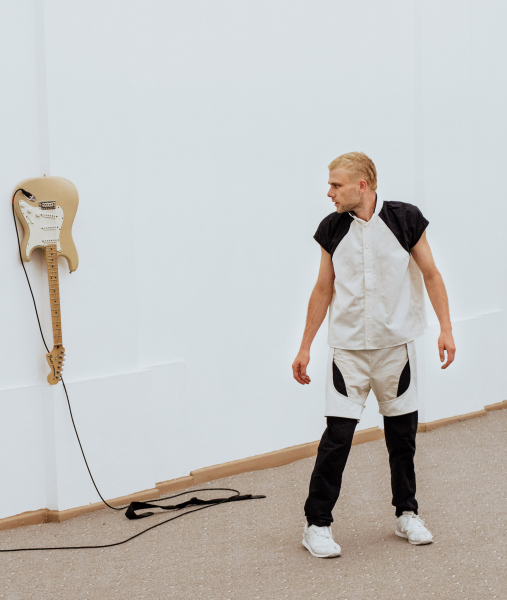 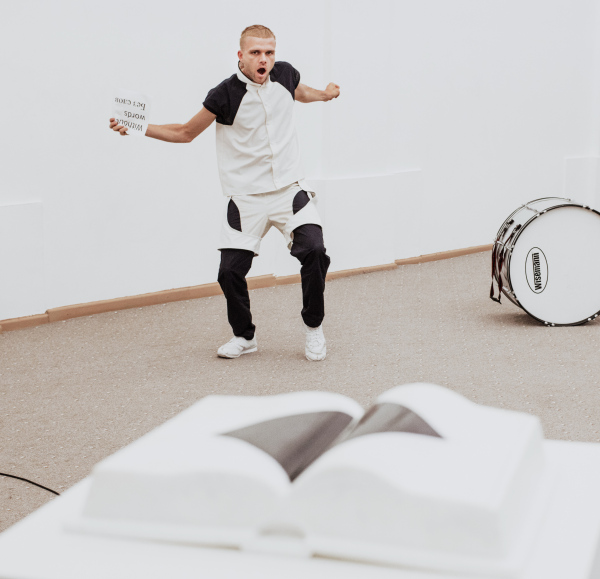 duets with abstraction were specifically developed for the THEATRUM Festival and based on selected works from the collection of the Moscow Museum of Modern Art (MMOMA). In collaboration with Iku (Johanna Odersky) four dances in dialogue with four works of art took place during the opening hours of the MMOMA. The work does not follow a classic dramaturgy with a narrative beginning and end, but is rather understood as a continuous journey that visitors can enter, linger and exit at any time. The focus of the performance series is on a physical, somatic and sensual examination of the concept of abstraction in the context of the visual arts. The selected works of art cover almost 80 years of different approaches to abstraction and treat abstraction in different ways and from their respective historical point of view. The performance creates a situation in which the formality of abstraction collides with an organic body: a living body trying to communicate, grab the artwork's attention, flirt, become intimate, or even merge with the artwork. Due to the museum's restrictions, this body is not able to touch the work of art. The impossibility of this fusion creates frictional heat, which becomes the engine of the dance. An inexhaustible energy grows from the never-satisfied longing for union with the work of art. Consequently, "duets of abstraction" offers the opportunity to enter into a dialogue with a work of art that is understood as an equal counterpart and dance partner and with whom one can communicate while it is usually understood as a dead object.

The following works from the MMOMA collection were part of the performance: